AXTON, VA (May 5, 2020) – In the months that schools across the nation have been closed, seniors from the Class of 2020 everywhere have missed out on numerous milestone activities to mark the completion of their high school careers. For seven student-athletes at Carlisle School, administrators created a virtual event so that these students would not have to miss the experience of their college signing day.

Carlisle is an independent college-preparatory school in Axton, Virginia. The seniors, some of whom have attended Carlisle since Pre-Kindergarten, have worked hard both on the field and in the classroom to achieve the opportunity to play collegiate level sports.

In a statement by Carlisle’s Athletic Director, Melinda Brightwell, she said, “These seven athletes have made a huge impact on the athletic program at Carlisle, and we are grateful for the opportunity to recognize them.”

At the virtual event, the student-athletes and their parents were invited to the Carlisle Campus, where a table and photo background were set up, and props were on hand to represent the teams and school colors of each college the students would attend. Brightwell said, “The signing event could have easily taken place at the dining room table of each student’s home, but we wanted to allow them to come back to campus and specifically the Upper School building to celebrate this occasion.”

Due to social-distancing guidelines, friends, extended family, faculty members, and media partners all participated in the event via Zoom, an online video conferencing program. The signing event was also spaced out throughout the afternoon so that school staff could sanitize the signing room in between parties arriving.

Two of the students received additional recognition. Gammons and Harris are both among a few students across the state who will be honored by VISAA and the VISAA Executive Board. They are recognized for their participation as a senior in a VISAA sport all three seasons and living the VISAA Mission of establishing a foundation for excellence based on Integrity, Sportsmanship, and Leadership. Brightwell stated, “These students represent our state association at the very highest level, and we want to honor their accomplishments.” 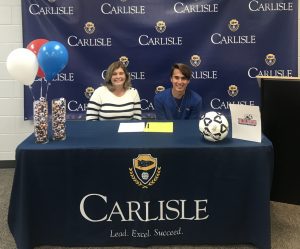 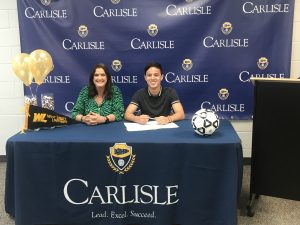 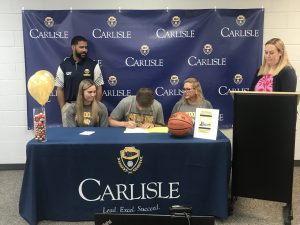 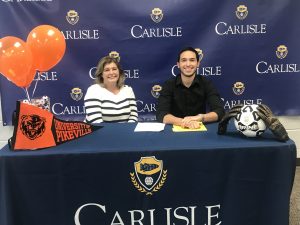 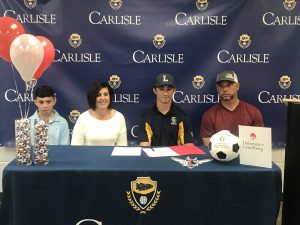 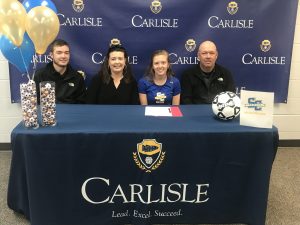 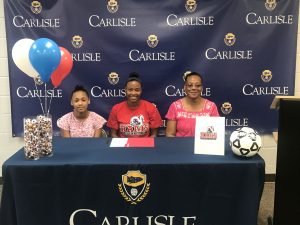 Carlisle School offers a robust multi-year College Counseling Program that helps students to identify the right college for them, navigate the college application process, and apply for scholarships, fellowships, and other opportunities.

To date, Carlisle’s 28 seniors have collectively earned more than $5.1 million in merit-based scholarships to attend four-year colleges and universities.

Susan Aaron, Carlisle’s College Counselor, said, “Our student-athletes are talented athletes and diligent students with strong academic records. Additionally, they are well-rounded and consistently demonstrate leadership, service, and integrity in the classroom, school, and community which will make them excellent members of their prospective college communities. When a college enrolls a Carlisle Graduate, they are getting the complete package.”

Carlisle is currently accepting enrollment applications for the 2020-2021 school year, and new families can learn more about joining the Carlisle Family at CarlisleSchool.org/openhouse.