Students in Mrs. Richardson’s AP Environmental Science class have had the opportunity to be very creative with their final projects for the course. In the assignment, they were tasked with creating a 3D model to show sustainable living.  According to Richardson, “This project allowed students to explore their own creativity while demonstrating the key concepts they have learned throughout the AP course.” She added, “Each student chose a project that they could complete within their own means at home and had the opportunity to take charge of their learning in their personal environments.” 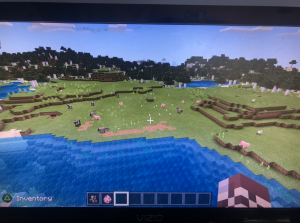 Senior William Clark chose to design a 3D model of a sustainable homestead using the game Minecraft. While considered a fun role-playing game by users of all ages, Minecraft is also used in classrooms around the world as a valuable educational tool.

In his report, Clark explained that he chose to construct his homestead in a moderate climate typical of a deciduous forest. He also decided to build next to a river, which “will provide a good source of energy using a hydroelectricity method.”

He designed his home as a 12 by 12 square in Minecraft, which correlates to around 36 feet by 36 feet in real life. The home has windows to let in natural light Clark explained, “I know the house I am building is not huge, but it will be sufficient enough for me to live in by myself and keep my carbon footprint as low as possible.”

In his report, he detailed the carrying capacity for his homestead, energy sources, agricultural practices, a water usage plan, a waste removal plan, and his overall impact on the ecosystem. He also filmed a tour of his homestead to showcase the features. 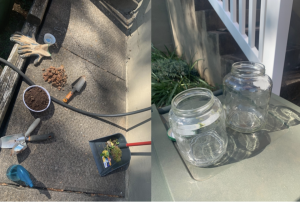 In her report, Padun explained that she would use two glass bottles for the project. One of them contained all the biotic and abiotic factors that are written in the rules for this project, and the second bottle contained only rocks as the base and some type of soil to see if the second bottle would turn into a real ecosystem. 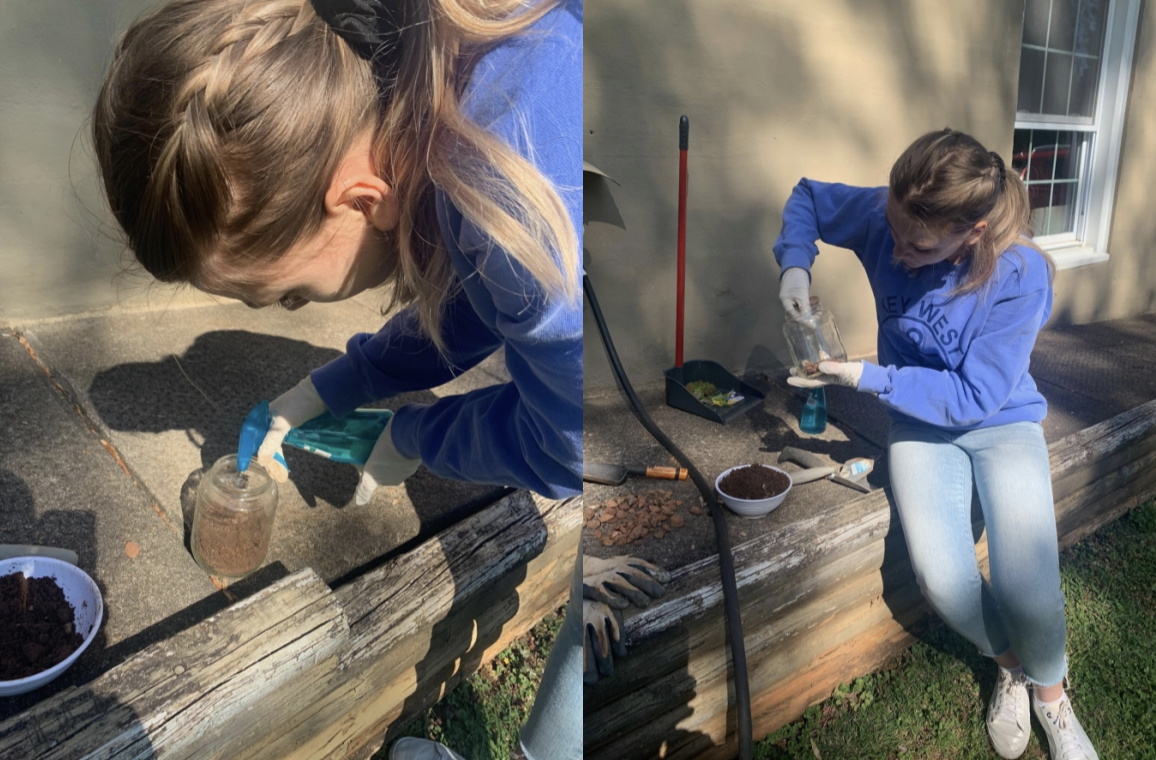 Padun placed half of an eggshell into her ecosystem, filled with water, to serve as a little lake. She also noted that two worms and a caterpillar settled in the terrarium.

The jar containing plant-life is intended to become a self-sustaining system, and a couple of hours after sealing her terrarium, Padun noted that biological equilibrium formation began developing inside it.

She explained, “Moisture rises as water vapor inside the bottles and stays on the glass as a condensate. Slowly it is draining down and being absorbed into the ground, which feeds the plants, so it is like a semblance of our rain.”

Each day, Padun observed changes within the jars for her report. On day 14, she reported that the cycle of plants dying plays the role of nutrients to aid other plants. She noted that “the moss has almost withered, but some types of grass grew more, and we can see some new leaves appearing compared with the first days.” She also observed a moving white creature, which is believed to be a homunculus produced by the worms.

Richardson said, “The theme of sustainability is a theme of hope for our future and a chance for these students to assume an active role in making it happen. They have met this challenge and will no doubt meet any others that come their way. It has been an absolute privilege to work with such amazing students!”