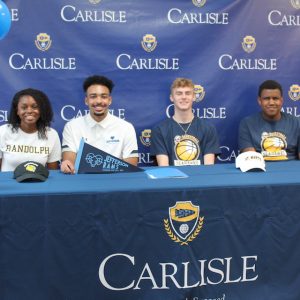 AXTON, VA (May 25, 2021) – For the first time in over a year, Carlisle School hosted an in-person athletic signing event with loved ones and media present. All signings have been virtual for the past year, so this was an exciting occasion for the students and faculty involved. A limited number of guests were allowed to be present, and the ceremony was streamed live to those unable to attend. Four student-athletes signed letters of intent at the event.

At the beginning of the event, Carlisle’s Athletic Director, Melinda Brightwell, spoke. She said, “These four athletes have made an impact on the athletic program at Carlisle, and we are grateful for the opportunity to recognize them.” 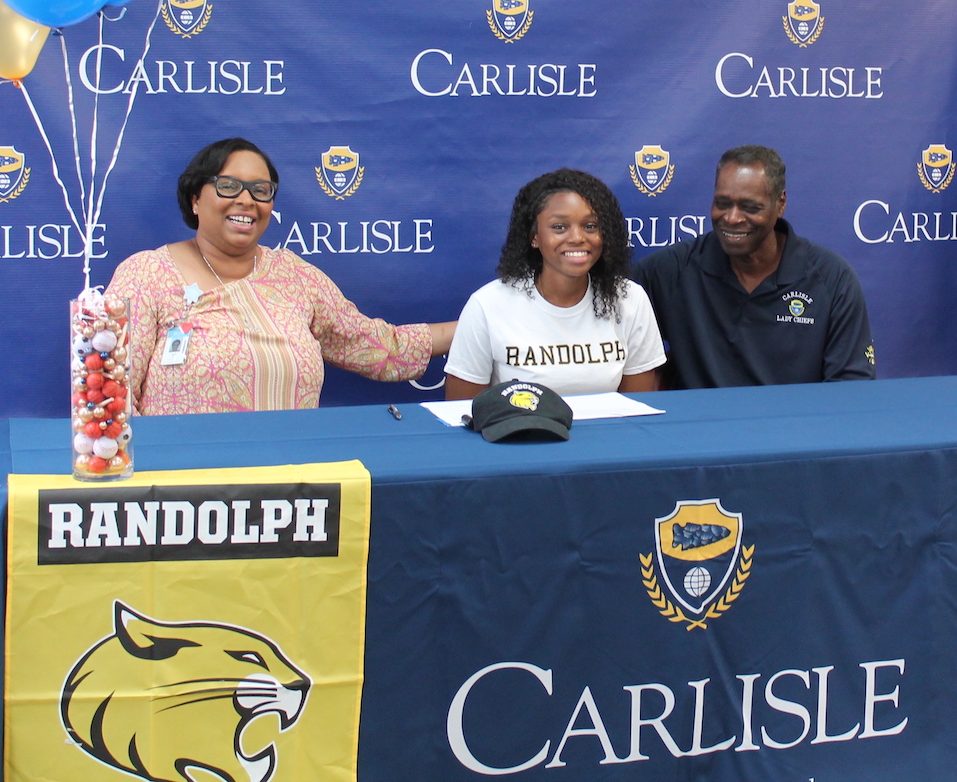 The first athlete to sign was Cali Martin. Brightwell noted that Martin was a significant contributor to the volleyball and basketball programs at Carlisle. She will attend Randolph College in the fall, and she signed a letter of intent to play NCAA Division III volleyball there.

According to Martin, “Carlisle is where my passion for volleyball first began. The school gave me the opportunity to train, condition, and become a better player and student-athlete every season. The coaches have steadily molded me to become the player I am today. I am beyond grateful for Carlisle School and also for Randolph College for accepting me to further my academic and athletic ability.” 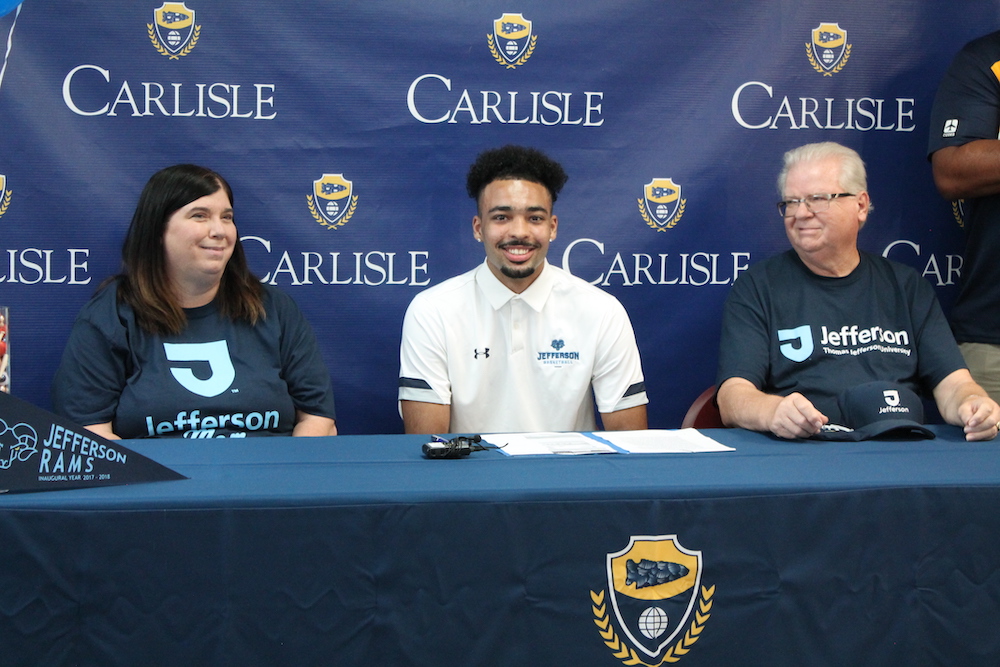 The next athlete to sign was Jayson Fain, who, according to Brightwell, has been a significant contributor to the boy’s basketball program at Carlisle. Brightwell said, “On the court, he exemplifies leadership, determination, commitment, and selflessness. He has been a three-year starter with our program, team captain, and the true example of a student-athlete with a strong focus in the classroom.”

Fain, who was recently inducted into the National Honor Society, will attend Jefferson University this fall and signed a letter of intent to play NCAA Division II men’s basketball. He said, “I am beyond grateful for everyone who has played a part in this long but fun process.” 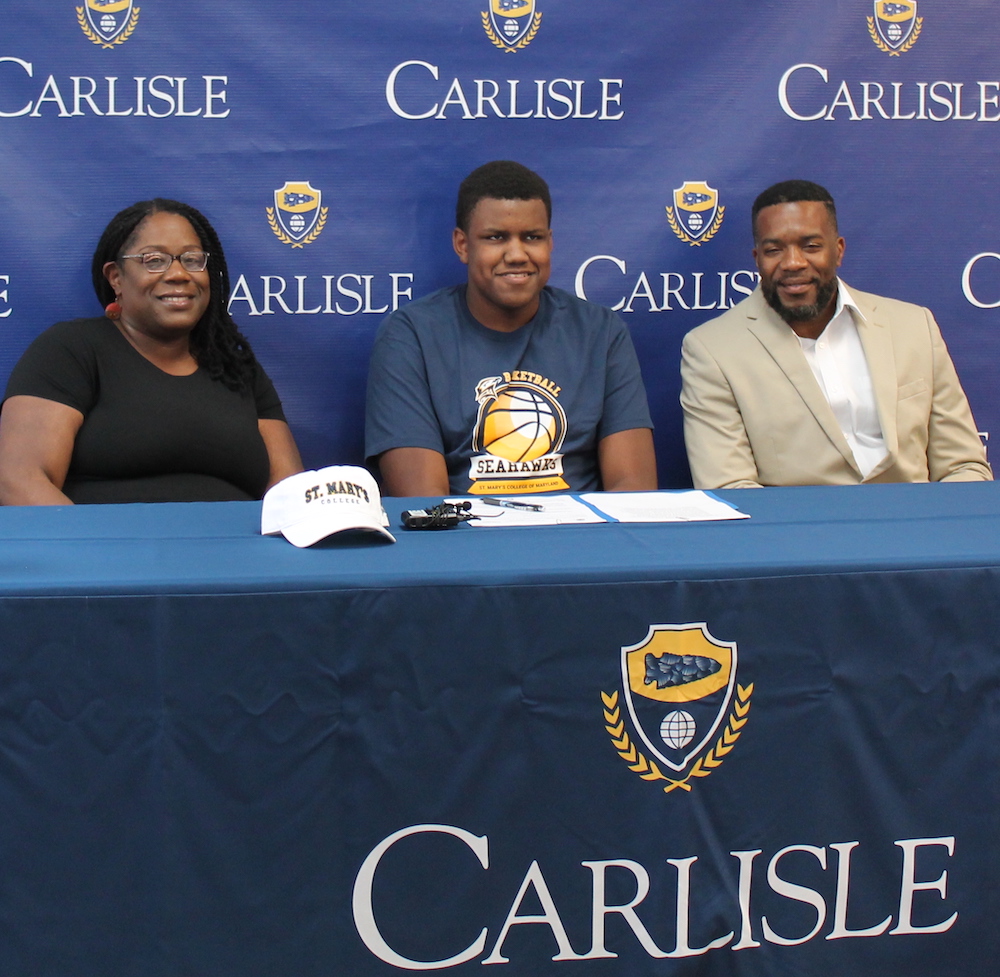 Isaiah Eggleston was the third athlete to sign. Brightwell noted, “Isaiah has been a two-year starter with the boy’s basketball program. He leads his team on the court with quiet dignity.” She added, “He led this year’s team in blocks and rebounds.” Eggleston, who was also recently inducted into the National Honor Society, will attend Saint Mary’s College of Maryland in the fall and signed a letter of intent to play NCAA Division III men’s basketball there.

In his statement, Eggleston said, “Upon entering Carlisle my junior year, one of my goals was to improve my basketball skills and play at the next level. I am very grateful to be given an opportunity to play basketball at St. Mary’s College of Maryland.” 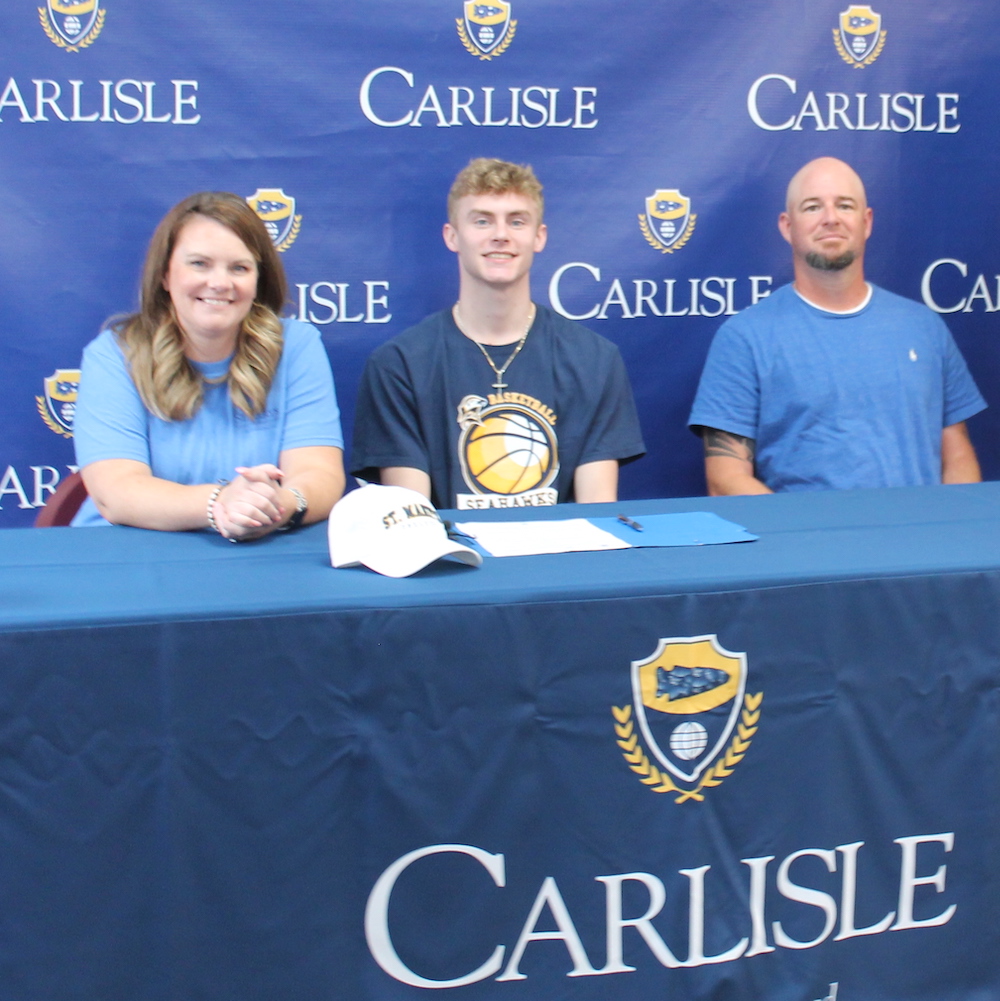 The final athlete to sign was Ryan Holliday. Brightwell said, “Ryan has been a two-year starter for the Chiefs and has been an integral part of the team’s success for the past two years.” He will attend Saint Mary’s College of Maryland in the fall. He signed a letter of intent to play NCAA Division III men’s basketball there. According to Holliday, “I wouldn’t have made it this far by myself, and playing basketball in college has always been a dream of mine.”

Following the signings and questions from regional media, Brightwell congratulated the student-athletes on their athletic and academic accomplishments and pointed out that each one of them has received acceptance to multiple colleges. 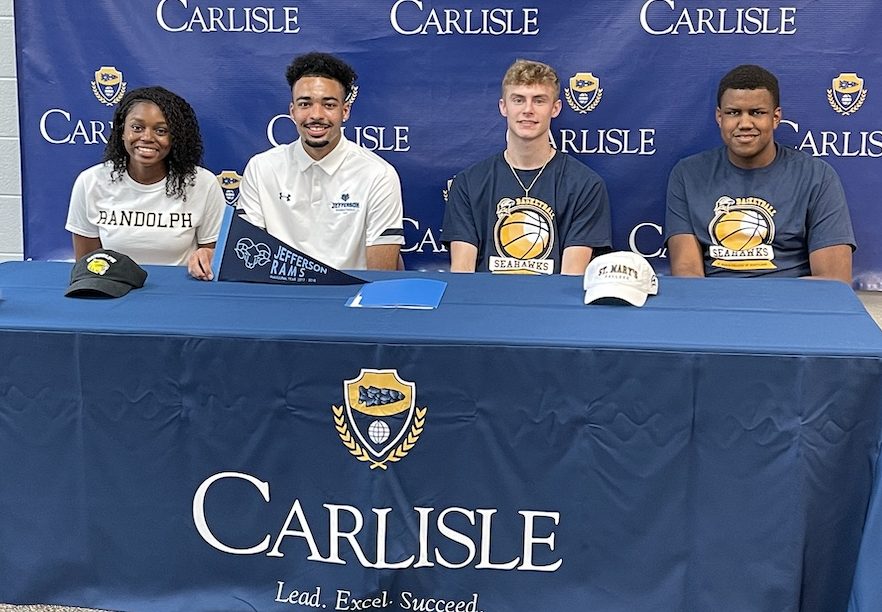 Carlisle is currently accepting enrollment applications for the fall semester, and new families can learn more about joining the Carlisle Family at CarlisleSchool.org/tour. 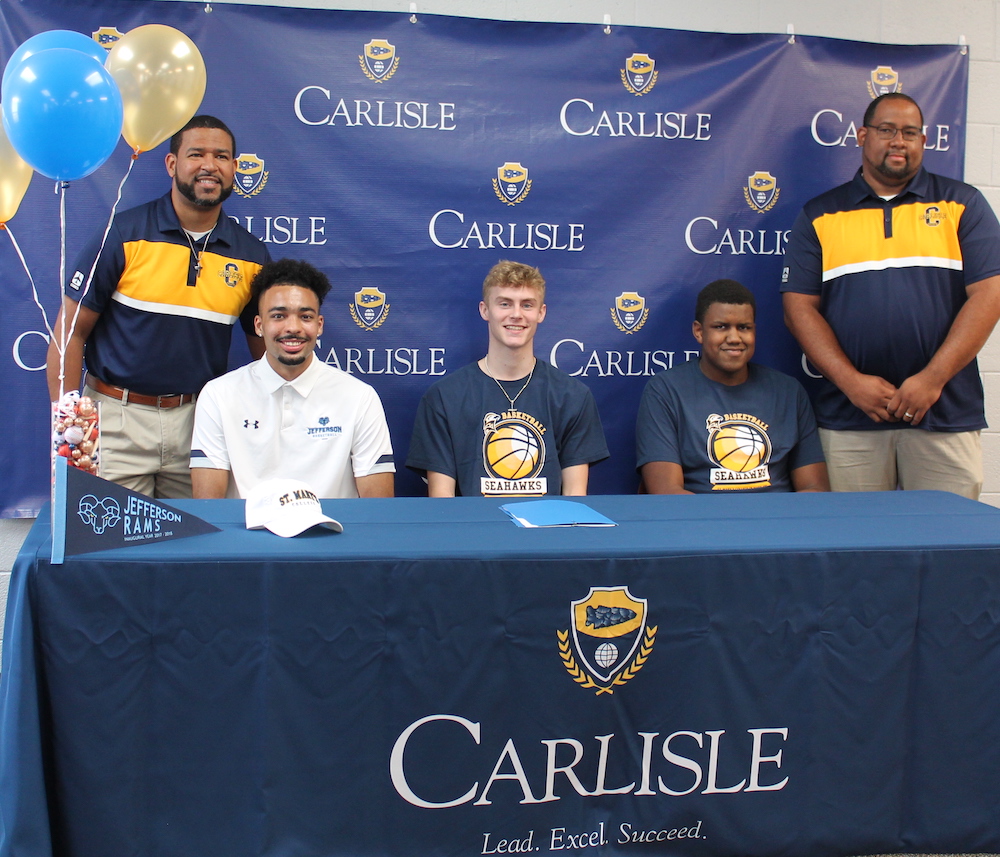