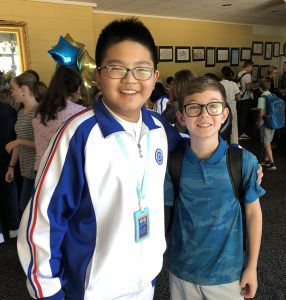 For the past two weeks, ten middle school students from New Epoch School in Beijing, China, were guests at Carlisle School to experience American culture and plan for their futures through Carlisle’s Cultural Exchange Camp. The students hope to attend an American school like Carlisle in the future to help them better transition into an American college or university.

On their first day at Carlisle School, the visitors from Beijing introduced themselves at a middle school assembly and then performed a traditional Chinese song for their peers in celebration of Chinese National Day.

According to Sandy Bailey, Carlisle’s Director of Admissions, “Carlisle embraces guests from other cultures. Our Cultural Exchange Camps are offered to help international students get to know our school and the greater community.” 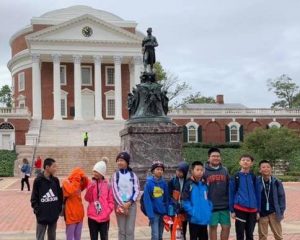 During their stay, they participated in daily middle school lessons, experienced special events like Homecoming, attended school athletic events, and enjoyed spending time with their host families. They toured UVA and Wake Forest University to explore college options and also visited Monticello while in the Charlottesville area.

The students, accompanied by their Head of School and two teachers, stayed with host families. Amanda Russell of Martinsville hosted several of the students in her home for the camp. She said, “hosting international students has been an amazing experience that our children will never forget.”

The visit provided abundant educational opportunities for Carlisle’s students, as well. In Mr. Damian Dydyn’s 7th grade class, students have been studying government and writing a paper on the three basic forms: Democracy, Authoritarian, and Monarchy. 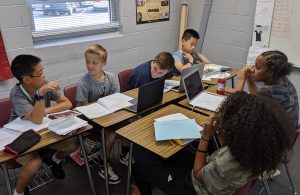 Their assignment was to build and support a thesis statement about which type of government is most effective. Dydyn explained that for the project, “the meaning of ‘effective’ was up to them [the students].”

The class began by building tables of pros and cons for each form of government. Dydyn said, “With our visitors from China sitting in on the class, the students were exposed to very different perspectives on governments and had some of their preconceptions challenged. The conversations that took place were fascinating to listen to and quite illuminating for both the students and me.” 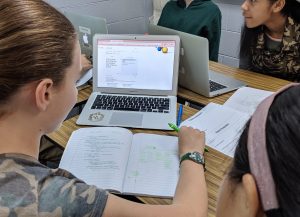 Students were able to use technology to assist in communicating some of the more complex ideas and questions. Google translate served as an effective bridge when the language hurdles occasionally slowed down discussions.

Dydyn said, “Some of the things that sparked the most discussion were ideas like freedom of speech, social programs, and having more voices present in government decisions.”

Students were able to share much knowledge. Jack Lingle, a Carlisle 7th-grade student from Danville, explained that his new friends from Beijing taught him to play a Chinese strategy game called Go. 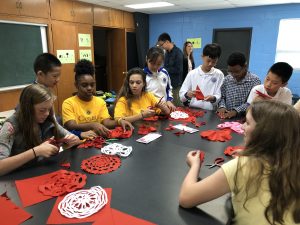 He also said, “they taught us paper crafts, the traditional Chinese art of paper cutting.” He added, “It was hard, but they helped us.”

Many activities at American schools are different than ones the guests experience at home. Lingle said that the students from Carlisle taught the guests how to navigate campus to get to classes on time and helped them to learn procedures for lunch and other daily events. He said they also collaborated on a project in drama class.

Bailey said, “the students from New Epoch School adapted academically and socially during their visit and we would welcome their enrollment at Carlisle in the future.”

Click to learn more about the Carlisle School International Program. 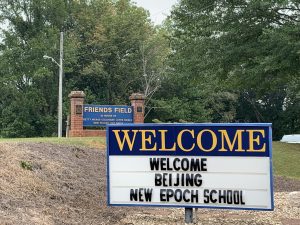 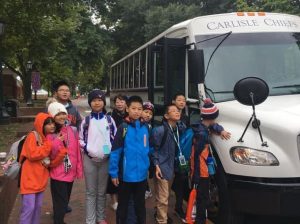 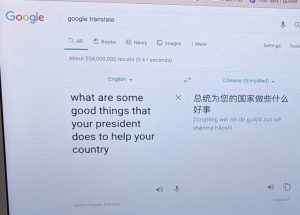 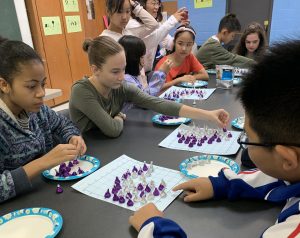 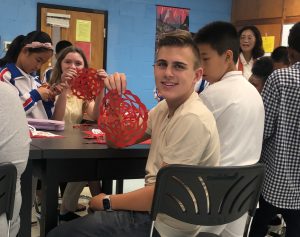 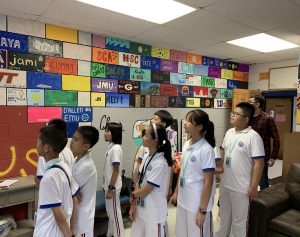 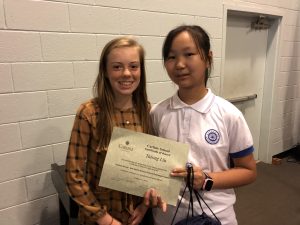 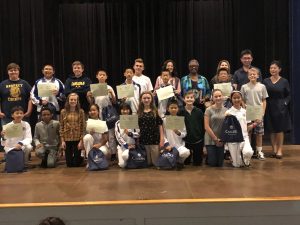 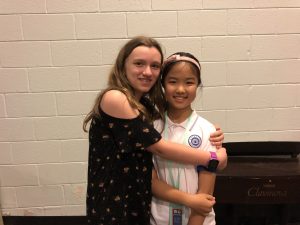