Carlisle School is pleased to announce that Dr. Manas Nigam, a class of 2007 alumnus will serve as the 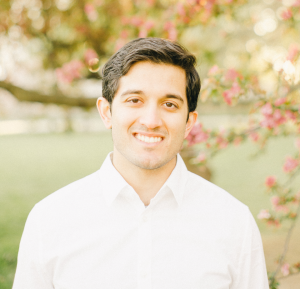 keynote speaker at the school’s 45th commencement ceremony on Friday, May 24, 2019. This year’s commencement will be a significant one as Carlisle School is currently celebrating its 50th anniversary.

Dr. Nigam is a senior resident in Plastic and Reconstructive Surgery at Georgetown University Hospital in Washington, DC. focusing on microvascular and upper extremity surgery. During residency, he has had the privilege of taking care of over a thousand patients requiring surgery for trauma, cancer surgery, chronic wounds, and congenital deformities. In December 2015, through a grant from Georgetown University Medical School, he volunteered with Interplast in Haridwar, India to perform cleft lip and palate, syndactyly, and burn contracture repairs, and created a rotation for medical students. He has also conducted research in congenital ear deformities, breast cancer reconstruction, and limb salvage, resulting in the publication of over twenty articles and presentations and four textbook chapters.

Dr. Nigam graduated with his medical degree from the University of Chicago Pritzker School of Medicine in 2015. While in medical school, he received the University of Chicago Uncommon Fund Grant and the Dennis and Anita Lee Global Health Scholarship, which allowed him to teach preventive health to children at the Sri Ram Ashram in India. In his final year, served as Chief of the Medical School Student Council and Student Body.

He completed degrees in Finance and Economics at the University of Virginia, Class of 2011, where he was a Jefferson Scholar. As a college student, he served as a volunteer Emergency Medical Technician for the Charlottesville-Albemarle Rescue Squad. He attended the McIntire School of Commerce, where he received the Warwick D. Johnston International Scholarship to study business at the Hong Kong University of Science and Technology. He was selected as one of forty-seven students in his class to be a Resident of the Lawn, part of the original UVA grounds. He graduated from Carlisle School in 2007, where he completed the International

Baccalaureate Program. He was active in school extracurriculars, including Varsity Soccer, Varsity Tennis, the Spring musicals, and the Fall Dramas. He played bass and piano for the school Jazz Band and Orchestra.

An active volunteer, Dr. Nigam volunteered at the Stratford Rehabilitation Center during his time at Carlisle, working closely with geriatric patients, and he currently serves as the volunteer medical director for free clinics for the Virginia-Washington DC-Maryland region sponsored by the Sai Center. The role entails organizing physicians and volunteers for medical screenings made available to hundreds of patients without other access to preventive medical care.

The medical field is a common bond in the Nigam family as Manas gets to work regularly with his brother Dr. Aradhya Nigam, Carlisle Class of 2008, who is also a resident in General Surgery at Georgetown University Hospital. Manas lives in Arlington, Virginia, with his wife Komal Karnik Nigam, JD, MPH. They are college sweethearts who met during their first year at the University of Virginia, and they dated long-distance through graduate school, which she completed at Harvard Law School. She is now a senior associate at Hogan Lovells US LLP. They have a one-year-old daughter named Shreya.

Carlisle School is an independent college preparatory school that provides a positive, safe environment for academic excellence and character development while embracing diversity and preparing our students to become leaders as citizens in a global society.