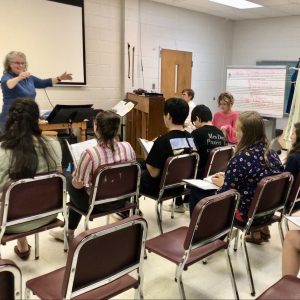 Dr. Pam Randall visits Carlisle to assist Julie Shumate with a rehearsal as Betsy Haskins accompanies the choir on piano.

For the first time in seven years, the Carlisle Madrigal Singers took the stage to perform for the public at Carlisle School’s Spring Choral Concert.

A Madrigal is a Renaissance part-song for several voices, usually sung a cappella. The Carlisle Madrigal Singers began in 1996 with seven singers under the direction of Dr. Pamela Randall and later grew to 30 members. During Dr. Randall’s eleven years as Carlisle School’s choral director, the Madrigal Singers performed and competed at many venues including Toronto, Canada, Williamsburg, VA, Walt Disney World, the Governor’s Mansion, and Carnegie Hall. After Randall departed Carlisle, several choir directors continued the program including Lynn Stegall Johnson, Anne Norman Young, Marquie Hairston, and Jim Heffinger. The Madrigals program ran for a total of sixteen years, and during that time the ensemble was an award-winning choir, earning superior marks and numerous first place trophies. 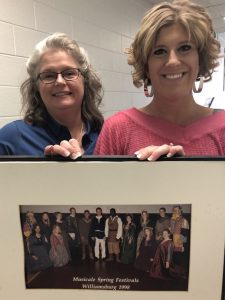 One of the many students who participated in the Madrigal Singers under the direction of Dr. Randall is Julie Shumate, a class of 2000 graduate who is Carlisle’s newest choral director. Shumate directed the Carlisle Madrigal Singers and student choirs at the spring concert. Randall stated “I am so excited to see the rebirth of this wonderful choral tradition under the direction of one of its former members! I look forward to seeing the program flourish and hope that the students will enjoy the experience as much as we did.”

The Madrigal Singers make up the royal court complete with a king and queen, lords and ladies of the court, and a court jester. Their costumes are period clothing from the Renaissance, and each costume for Carlisle was handmade by Karin Kohler and very elaborate in detail. The preservation of Carlisle’s costumes was spearheaded by alumni Mary Lewis Johnston, class of 1976, and her daughter Ainsley Johnston, class of 2005.

The costumes were first cleaned and brought out of storage earlier this year to display as decorations at Carlisle’s 50th Annual Blue & Gold Bash Charity Auction. After gaining much positive attention from alumni, parents, and faculty at the event, Shumate decided that it was time for the Madrigal Singers to return to Carlisle School and Randall chipped in to assist in an advisory role.

According to Ainsley Johnston who performed as a Madrigal Singer from 2000-2004, “I’m overjoyed to hear of the return of the Madrigal Singers! A strong arts program has always been at the heart of Carlisle School, and this return signals a commitment to continuing that legacy for the next 50 years. The group always inspired wonder with its traditional songs and beautiful costumes. It is a unique gem that sets Carlisle apart and leads to some of my fondest school memories.”

Shumate recalled memories of the program which included the yearly Madrigal Dinner each spring, hosted both at Carlisle and Chatmoss Country Club. At the annual dinner, more than 100 singers and musicians would perform. The Upper School Madrigal served as the court, Middle School students played as squires and maidens, and the Lower School students sang as “children of the court.” Shumate said, “The night was a true Renaissance feast, complete with a boar’s head, wassail, a Renaissance skit, beggars, and beautiful music from the Madrigals and Carlisle Strings.” She added, “as a former Carlisle Madrigal Singer, it is very exciting to be a part of the effort to bring back this fantastic program!” 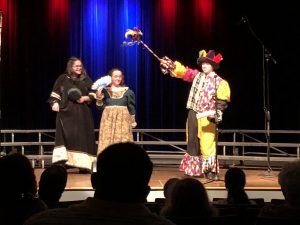 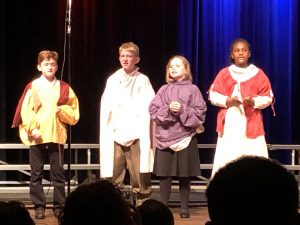 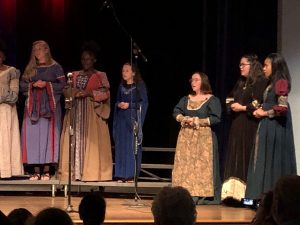 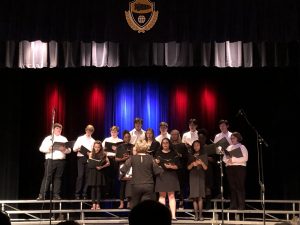 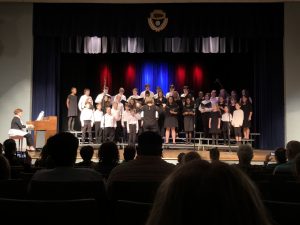