Carlisle School is pleased to announce top honors for the Class of 2020. Lynden Gilstrap of Danville has been named Valedictorian, and Margaret Wright of Eden has been named Salutatorian. Both are exemplary students and citizens and have also been involved in numerous community activities and athletic programs at Carlisle School. Head of School Gracie Agnew said, “It is an honor to confer the academic title of Valedictorian upon Lynden and Salutatorian upon Margaret, two such deserving students. Their recognition is well-deserved.”

It is a tradition for the Valedictorian to give a speech at commencement, and for the Salutatorian to provide an address at the closing ceremony. Carlisle School has currently postponed these annual events and plans to hold them when current restrictions due to COVID-19 are lifted.

Recently Lindsay Favero, Director of Upper School at Carlisle, visited Gilstrap and Wright at their respective homes to make personal announcements to them for having achieved top academic honors. Each young lady was presented with a bouquet and an official letter. Favero said, “It meant so much to me to make these announcements in person, even while keeping our distance during this difficult time of COVID-19.” 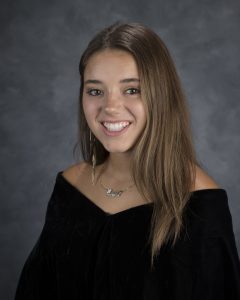 Valedictorian Lynden Gilstrap is the daughter of  John Gilstrap and Sandra Chinn-Gilstrap of Danville, Virginia. She will attend the University of Virginia this fall to major in Biology.

Gilstrap has attended Carlisle School since her freshman year. She was named an AP Scholar and also inducted into the National Honor Society in 2019. During her time at Carlisle, she played varsity Field Hockey and was named Most Improved Player (2017), MVP (2019), VISAA All-State Team (2019), and Blue Ridge First Team All-Conference (2019). She also played soccer for the Chiefs earning the Soccer Chiefs Award in 2017. Gilstrap participated in many extracurricular school activities, including Model United Nations, mentoring, Literary Magazine Club, served on the Prom Committee, and performed in five musical productions with the Carlisle Players. She served on Homecoming Court for two years and was named Carlisle’s Homecoming Queen in 2019.

In the community, Gilstrap played for the Danville Symphony Orchestra and the Piedmont Youth Soccer League Travel Team. She is a member of the Sub Deb Club of Danville, Virginia Girls State, and is also a member and active volunteer at Sacred Heart Catholic Church in Danville.

In a statement from Gilstrap, she said, “It is with great honor that I humbly accept the title of Valedictorian of Carlisle School’s Senior Class of 2020. This would have been impossible to achieve without all the support and love from my teachers, family, and friends. Carlisle has been my second home for the past four years, and I am forever grateful for the opportunities granted and lifelong bonds formed.” 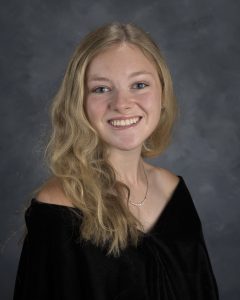 Salutatorian Margaret Ogburn Wright is the daughter of Kenan and Molly Wright of Eden, North Carolina. She will attend UNC-Chapel Hill this fall. Her major is currently undecided,but she hopes to minor in anthropology.

Wright has attended Carlisle School since pre-kindergarten. She was named an AP Scholar and also inducted into the National Honor Society in 2019. She has been involved with Student Council (SCA) throughout high school and served as SCA Vice-president in her senior year. During her time at Carlisle, she competed on the swim team and played varsity Tennis for both the girls and boys teams. She was named MVP for tennis twice (2016 & 2019) and was also named to the Blue Ridge 2nd Team All-Conference for tennis in 2019.  Wright participated in many extracurricular school activities, including the Zip Zap Zop Performance Art troupe, mentoring, Model United Nations, Carlisle Players, Art Club, CHILL (Communities Helping Improve Local Lives). She was invited to attend the Shenzhen International High School Students Forum, held in Shenzhen, China, in 2019, where she and a classmate wrote position papers and provided an informational, cultural presentation at the forum.

In the community, Wright is a competitive equestrian who most recently won Combined Reserve High Point at the Piedmont Horseman’s Association Benefit Show. She is an active volunteer at her church and also serves as Media Coordinator for the Eden Youth Board.

In a statement from Wright, she said, “I am very appreciative of the hard work and dedication that the staff at Carlisle School put into my education for the past 14 years. I hate to leave the place I considered my second home and will miss all of the friends I made along the way. I know that Carlisle truly has prepared me for success, no matter where I go.”

Favero said, “The outstanding academic record of these young ladies has earned them such distinction.  I commend each of them for reaching this milestone, which is a direct result of their commitment to academic excellence over the years. Lynden and Margaret have had a lasting impact that extends beyond academics to athletics, clubs, service, and more — all with caring and compassion. I am so proud of these young ladies.” She added, “It has been a joy to get to know them throughout their years at Carlisle School, and I look forward to what the future holds for them.”

Collaboratively, the 28 seniors in Carlisle School’s Class of 2020 received 96 acceptances into 45 different colleges and earned more than $5.1 million in merit-based college scholarships. Carlisle School is now enrolling grades Pre-K through 12th for the 2020-2021 school year, and additional information on applying can be found at CarlisleSchool.org. 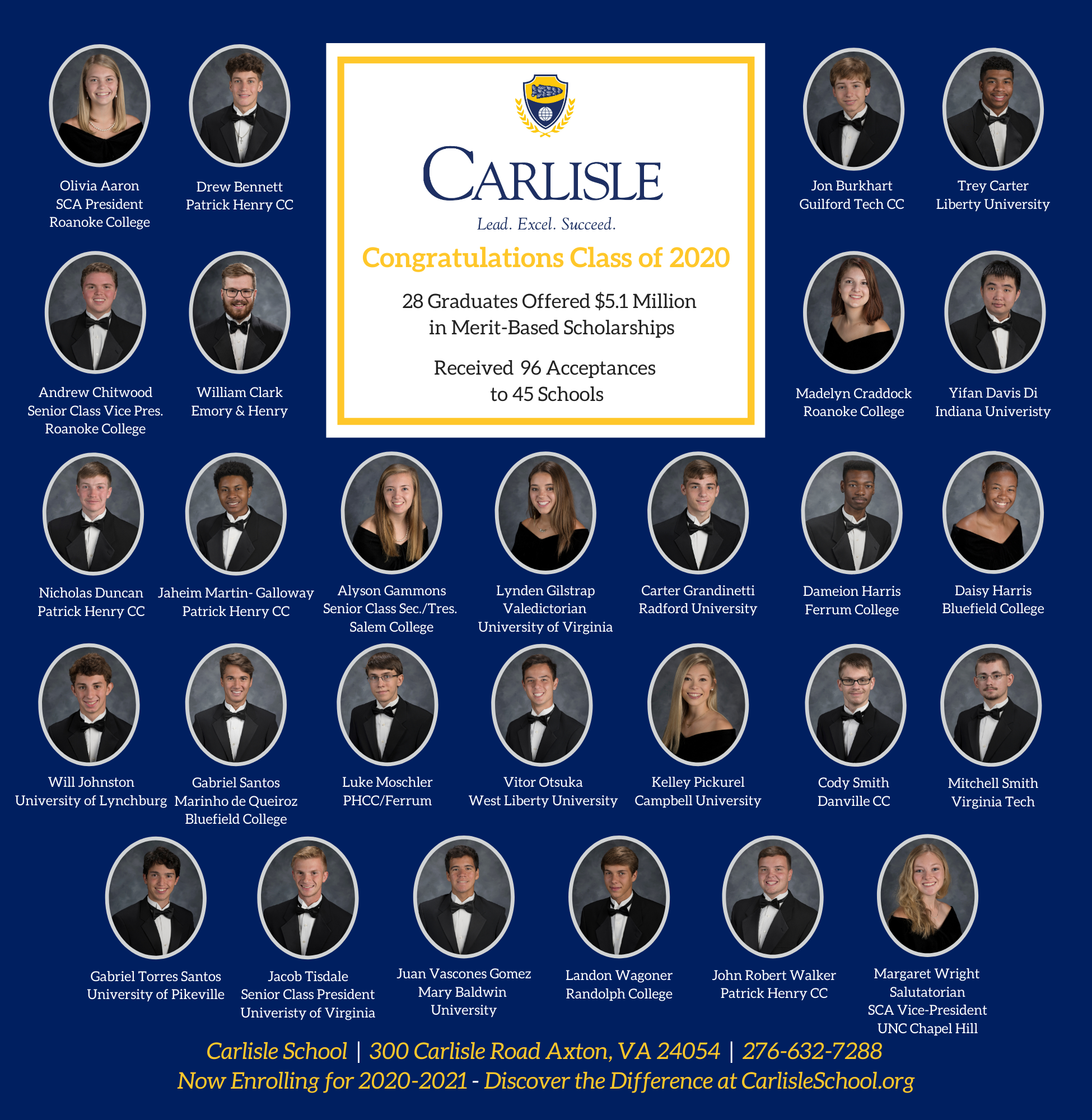