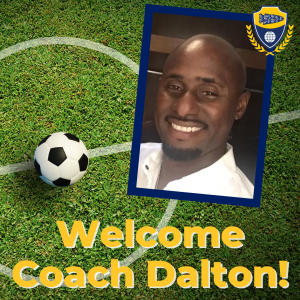 AXTON, VA (June 15, 2021) – Carlisle School is excited to announce the hiring of Ricky Dalton as the Head Coach for the boys and girls soccer teams.

Dalton began his soccer career in 1980 when PYSL (Piedmont Youth Soccer League) was first created. He has been involved with PYSL soccer as a player, official, coach, and parent and currently serves as the Vice President of the Board of Directors.

He started coaching with Martinsville City Schools in 2009 as the middle school boys coach under the direction of Alton Moore.  In 2017, Dalton transitioned as the assistant varsity coach under Pete Scouras.

Dalton said, “My objective is to always give back to student-athletes with the same direction, guidance, and discipline that I was given as an athlete.  I am excited to lead the programs at Carlisle and build on their past successes.”

Carlisle’s Athletic Director Melinda Brightwell said, “I am ecstatic to have Ricky join us at Carlisle.  His coaching skills, love for the game of soccer, and the athletes are legendary in the soccer community.”