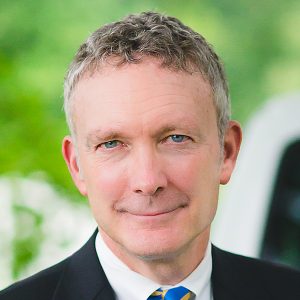 AXTON, VA (May 17, 2021) – Carlisle School is pleased to announce that Judge Martin Clark will serve as the keynote speaker at the school’s 48th commencement ceremony. The private ceremony will be held at Carlisle on May 28th at 6:00 p.m. and will be live-streamed to the school website for viewers not able to attend in person.

Martin is also an accomplished author. Entertainment Weekly called Clark “hands down, our finest legal-thriller writer.” The New York Times stated that he is “the thinking man’s John Grisham.” The Winston-Salem Journal declared that he has set “the new standard by which other works of legal fiction should be judged,” and David Baldacci praised him as “a truly original writer.” His novels have appeared on numerous bestseller lists, and the audio version of The Substitution Order was a number one national bestseller. Additionally, his novels have been chosen as a New York Times Notable Book, a New York Times Editors’ Choice, a Washington Post Book World Best Book of the Year, a Bookmarks Magazine Best Book of the Year, a Boston Globe Best Book of the Year, a Book-of-the-Month Club selection, a finalist for the Stephen Crane First Fiction Award, and the winner of the Library of Virginia’s People’s Choice Award in 2009, 2016 and 2020. Martin and his wife, Deana, a photographer, live on a farm with dogs, cats, chickens, guinea fowl, and three donkeys.

The ceremony will celebrate 21 seniors who have received 80 admissions at more than 52 colleges across the United States. At the time of this release, the students have earned more than $3.2 million in merit-based scholarships, and more are anticipated. Carlisle School is currently enrolling for the 2021-2022 school year. Classes will be offered in person five days a week this fall with flexible rate tuition and regional bus service available. For more information on how to join the Carlisle family, visit CarlisleSchool.org/tour.